How Israeli/Iranian tensions could play out

After the USA’s removal from the 2015 Iran Nuclear Deal, there has been a rapid escalation between Iran and Israel, with both sides now firing far more than rhetoric. 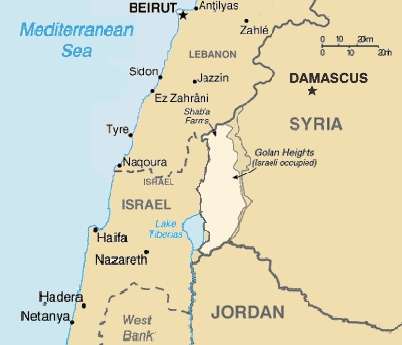 On Thursday, May 10, around 20 missiles were fired into Israeli occupied Golan Heights in the Levant, purportedly Iranian missiles fired from Syria. If confirmed, the attack will mark the first time Iranian troops have fired directly against Israel since 1973.

No victims have been reported, but this escalation is worrying, with some fearing all-out war, though it is highly unlikely that Israel has any real hunger for this. Israel’s prime minister, Benjamin Netanyahu, has stated he is not looking for an escalation but that he was prepared for any scenario as he wants to avoid Iranian aggression against the country. The morning after stating this, air raids hit Iranian military positions in Syria as a retaliatory measure.

How this will affect Israeli civilians – native and expatriate, remains unclear, though armed conflict is unlikely. In reality, any escalation and troop intervention would likely happen in Syria at key Iranian military positions. Theories on the ignition of an open war vary and will continue, especially amongst red top medias looking for clicks. More factually driven media groups claim that Iran itself would not have an incentive for large-scale retaliation either as it will affect its consolidated power in the Syrian region. On the other hand, as reported by the BBC, Israel is aware that the Iranian action has probably been a payback for last month’s Israeli strike on a Syrian base near Homs, rather than a call for an all-out conflict, though of course the timing is also key after Trump’s withdrawal from the nuclear deal, and a week earlier Netanyahu showing ‘proof’ that Iran has not ditched its nuclear programme.